A place for recreation and meetings

Strandvillan is located at Gustavsvik, right next to the sea, 3 km north of the Visby City Wall. The area is truly unique, and has been used as a recreational area for both Gotland residents and visitors for decades.

The Hägg family, with merchant Gustaf Theodor Hägg leading the way, built two large summer homes in the 1880s at Gustavsvik. The name of the area — Gustavsvik — was also named after Gustaf. In 1888, DBW built the path, popularly known as Strandpromenaden, from Visby out along the shore to Snäck. Strandpromenaden is still popular today with walkers, cyclists and joggers.

As was the case with several of the other homes at Gustavsvik, Strandvillan was built to be used as a summer home at the beginning of the 1900s. The house and its guest house have over the years have been rebuilt and converted into what they are today: an exclusive seaside home and guest house located in Visby’s fabulous natural surroundings. It is not difficult to understand that the area was a popular destination for summer visitors and enthusiastic bathers from Visby already at the turn of the century. Nothing has changed in this respect. The area attracts lots of visitors and is a popular spot for swimming, and the illuminated jogging track and Hälsans stig are favourites among walkers and joggers.

Gustavsvik’s surroundings are characterised by the cliffs stretching out northeast-northwest just to the east of the property, as well as the area’s coastal location. The vegetation is dominated by rocky pine forests and shore meadows.

Archaeological investigations have uncovered burial grounds from the Viking Age in the area that is currently home to the Gustavsvik Holiday Village, which is Strandvillan’s closest neighbour. The area was in all likelihood populated as early as the Viking Age. In the 17th and 18th centuries, the area north of the medieval Visby City Wall was basically completely uninhabited, and the area west of the cliffs mostly consisted of fields and meadows.

It seems completely natural that this specific site will continue to be used for recreation and meetings just as it always has been, and we hope that you will learn to love Strandvillan as much as we do.

You are warmly welcome! 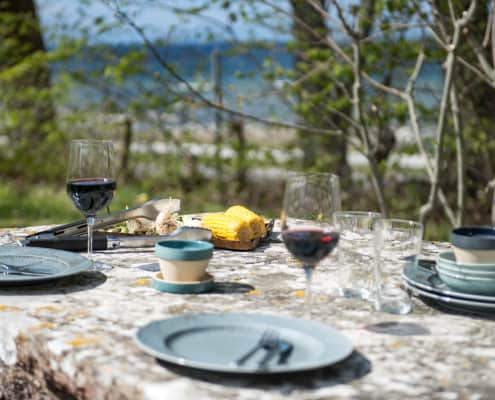 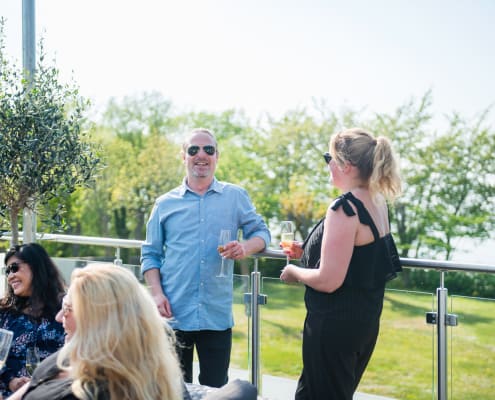 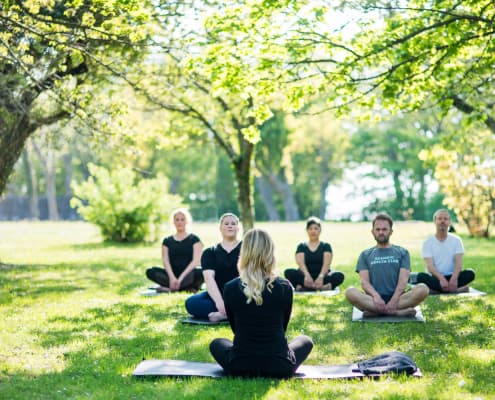 Please complete the form and we will contact you.

Find your way to Strandvillan

Maps were disabled by the visitor on this site. Click to open the map in a new window.

For reservations, complete the reservation request form or contact us by phone or email. Please specify any special requests or indicate if you would like to enrich your stay with some of our enjoyable activities. Welcome!